South African lawmakers have been quietly working away behind the scenes and two recent pieces of legislation have come into effect, with the potential to be used as tools for keeping kids in particular, safer and saner online.

The Cybercrimes Act 19 of 2020 (operational from 1 December 2021), is a major step forward in regulating online spaces, giving law enforcement the teeth to go after criminals and helping victims of digital misconduct to protect themselves and seek justice.

Cybercrime often comes to mind in the form of information or identity theft, or cyber forgery (when someone forges your digital signature), for nefarious financial gain. The Cybercrimes Act covers this, along with stealing and sharing passwords or access codes that are used on computers and other digital devices. But significantly, its scope also criminalises extortion and malicious communications.

As adults, they are difficult enough to manage, but these online crimes can have a major impact on tween and teen mental health. The Cybercrimes Act brings both welcome protections, but also a new level of awareness needed about how we “walk” through the online world and what our digital footprint looks like as we go.

Extortion is where your private information, photos and videos are obtained and held by someone else under threat of release until a demand is met. The demand could be for monetary payment, or in the case of what is known as sextortion, images or videos of a sexual nature or sexual favours.

Malicious communications could include any message sent on a social media platform that incites or threatens someone with violence or damage to property, as well as messages that contain an intimate image that’s shared without consent.

The Cybercrimes Act gives the Police Service (and their members and investigators) extensive powers to investigate, search, access and seize just about anything (like a computer, database or network) wherever it might be located, provided they have a search warrant. Foreign states will co-operate to investigate cybercrimes.

The Cybercrimes Act puts the onus on each of us, whether it’s a social media post or a WhatsApp message, to make sure that what we’re sharing is appropriate and does not hurt anyone. If you’re convicted of a malicious communications-related crime, you can face a fine or a prison sentence of up to three years. 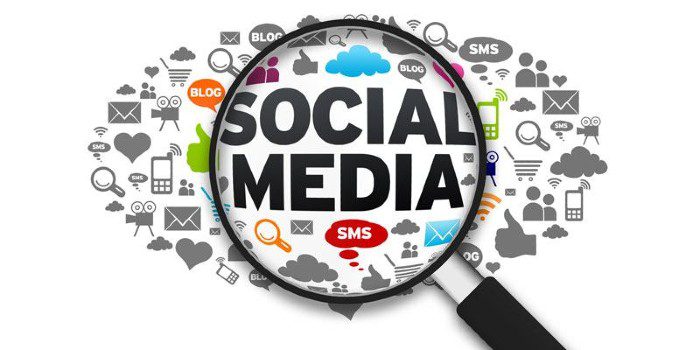 While the Film and Publications Board (FPB) has always historically had the power to introduce and regulate age restrictions, to ensure that South African citizens are protected from content in films, games and certain publications that could cause them moral, emotional or psychological harm, the Films and Publications Amendment Act 11 of 2019 (operational on 1 March 2022), now gives it the power to monitor offensive content circulated online.

The scope of the Act has been expanded from regulating prohibited traditional or online content, to cover other aspects from incitement of violence to revenge pornography. As much as many are thankful that a watchdog approach now exists legally toward much of online content, some are concerned with how far it will or can be taken, so it has also been nicknamed the “Internet Censorship Act”.

This is primarily due to the requirement that commercial online content producers submit their content to the FPB for classification, creating concerns around the power of the FPB to limit freedom of expression and be a vehicle for censorship.

However, an element of self-regulation has been included, where commercial online distributors can opt to self-classify their films and games, provided these comply with certain prescribed requirements, including ensuring that their classification of such films and games is in accordance with the FPB.

At the launch of the Act, the Chairperson of the Film and Board Council, Zama Mkosi, was at pains to point out that “the reason for the Act is to protect the citizens of South Africa from content that’s likely to cause them harm. As the FPB, we’ve come a long way from the history of censorship.”

She added that the amendment of the Act was intended to strike a balance between protecting people from harm, while also protecting their right to freedom of expression. Classification, she explained, was not censorship. “Censorship entails the blocking and removing of content from distribution. In South Africa, prohibited content relates to hate speech, incitement of violence, propaganda for war, child pornography and bestiality,” said Mkosi.

A better approach to age classification of online content is greatly needed in the fight to protect children from age-inappropriate material online. But what really excites us is the extension of the Act to include these activities as offences:

Furthermore, the FPB has said it will in due course publish guidelines relating to the sharing of content via digital platforms so that the public will know what is permissible within the new law.

As the Deputy Minister of Communications and Digital Technologies, Mr Philly Mapulane says:

grappling with the escalation in potentially harmful content on digital platforms, as we

witness the entrenchment of the Fourth Industrial Revolution in society. Changes to the FPA

prohibited content distributed online, as well as exposure of children to harmful digital

content that could have adverse psychological and behavioural impacts.”

And this is ultimately what we all need to be focussed on, to give this generation of children who are not just going online, but are indeed living online, the best chance at having the childhood they need and deserve.